This year we are proud to say that we worked at the Boomtown Fair this year! This year is its ten year anniversary aka chapter 10. Boomtown is one of the biggest festivals in the world! If you do not know what Boomtown is, it is a festival based in Winchester and the festival is six miles long in diameter. The festival is set out like a huge city with fourteen districts and 105 stages! The whole festival takes four weeks to build! We where booked for the Pagoda Plaza stage at the Metropolis district by the lighting rental company, Wingnut.

The stage was built into a Chinese structure with twelve Panorama IP Airbeams by ProLights and twelve moles and strobes with four LED par cans. In addition the that, the stage had twelve light boxes built in the structure and twelve LED par cans behind the top windows of the building. The stage looked absolutely amazing! We got a lot of nice comments from the public! To help make the stage look spectacular, we had an Avolites Tiger Touch II for control of the lights on the stage.

Shout out to all the crew that made Boomtown amazing this year! Well done! 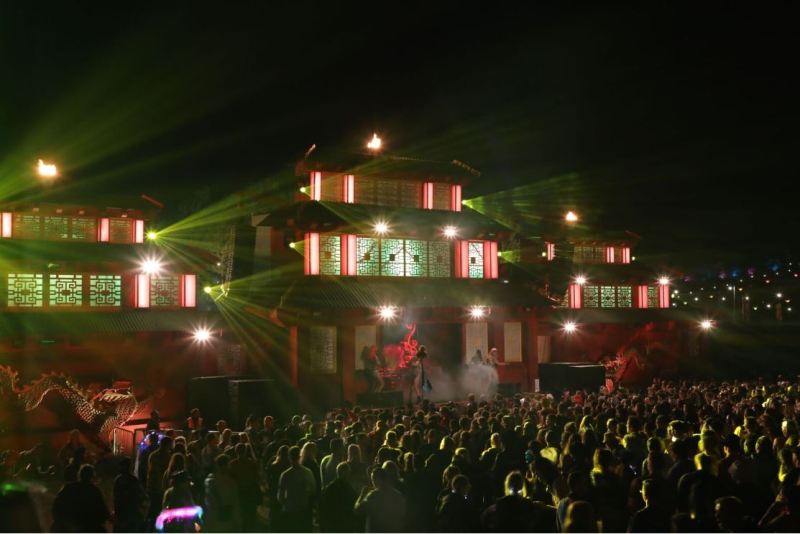